Shipping calculated at checkout.
Share Share on Facebook Tweet Tweet on Twitter Pin it Pin on Pinterest
130 real questions from real traders answered by Mark Minervini, David Ryan, Dan Zanger & Mark Ritchie II - four of Americas top momentum investors. Mark Minervini returned 36,000% - a 220 percent average annual return with only one losing quarter. He won the U.S. Investing Championship with a 155% return. Mark is the Author of the best-selling book Trade Like A Stock Market Wizard; How to Achieve Superperformance in Stocks in Any Market. He is featured in Jack Schwagers Stock Market Wizards: Conversations with Americas Top Stock Traders. David Ryan is a protŽgŽ of the legendary William ONeil and a former money manager at ONeil & Co. He won the U.S Investing Championship three years in a row, scoring triple-digit returns every year - his total return was 1,379%. David is featured in Jack Schwagers Market Wizards: Interviews with Top Traders. Dan Zanger turned $11,000 into $18 million in less than one-year during the late nineties. In two years, the former pool contractors personal trading account ballooned to $42 million! Mark Ritchie II is the son of the legendary Mark Ritchie Market Wizards, God in the Pits. He achieved a +100% return in his own trading account in less than 6-months to win Mark Minervinis 2010 Triple-Digit Challenge. Since then Ritchie II is up 540% - his total return since 2010 is over 1,000%. 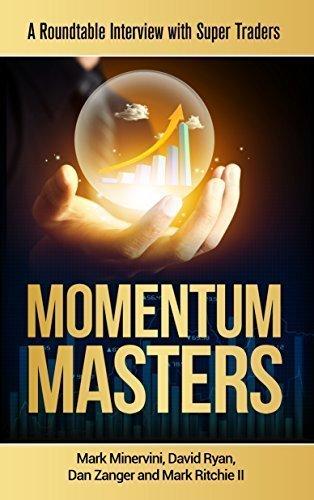